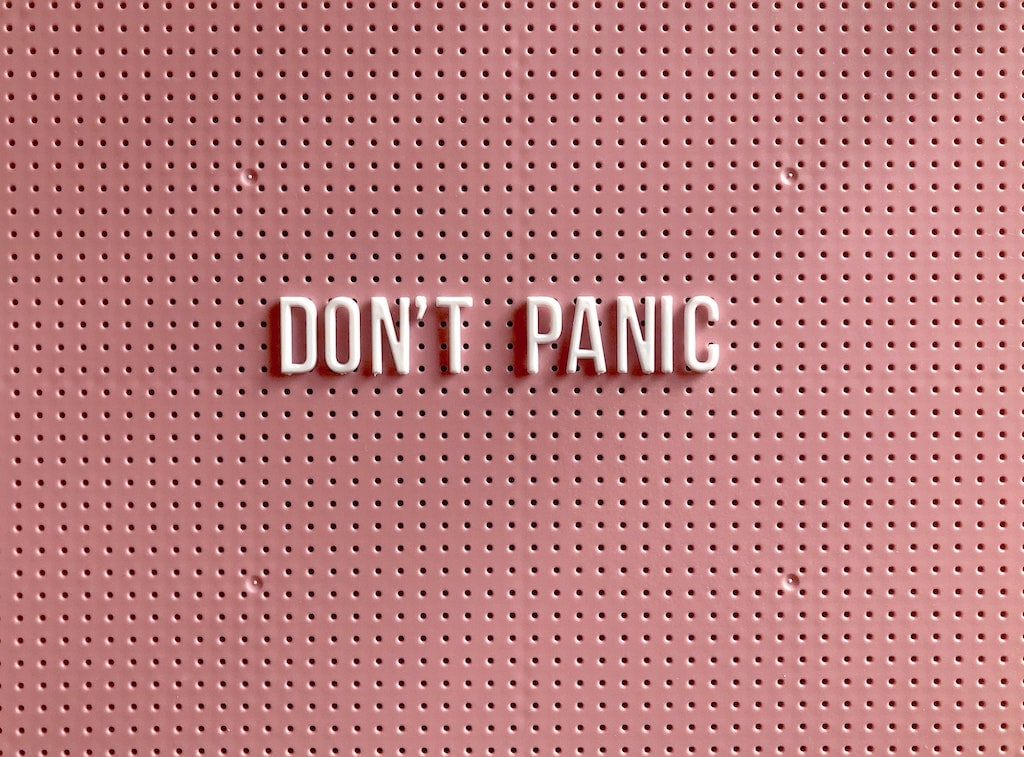 People tend to react to uncertainty with irrationality. Over the past few weeks, this has been exemplified by panic buying. We also saw investors backing out of possibly risky assets. Driven by fear of a drop in market conditions, investors often sell stock at a loss. But if fear is a bad advisor, what should we do instead?

In the current market setting, with a loss of 30 percent of the German Stock index (DAX 30) in just a few days, many investors question the wisdom of further stock investments. The rates are dropping as uncertain investors reject their shares. However, the probability of greater loss is high, as many shares as well as ETFs are currently disreputably assessed. But the past has shown that rates have the ability to recover. Therefore, long-term thinking is currently the best strategy.

The shares you already own don’t disappear; they just end up being bought up by other investors. There are some investors that use the chance to acquire shares they’ve had their eye on. Those who have invested in a low conversion rate of shares use this situation wisely. Due to the low prices, they receive more for their money than they would have a few weeks ago. A crisis like the one we’re experiencing can therefore be a good chance to let your capital grow on its own, or possibly even to invest more money into it.

An ETF savings plan allows you to make yourself independent from the investment. The plan automatically invests a pre-arranged monthly amount into the account. In an event of a market change, you benefit from the previously acquired shares. The continuous investments, regardless of the state of the market, leads to an eventual mean market rate. The financial investment aims at being a long-term investment of at least three years. This allows you to stay calm in times like these, when your account may be classified as low. In the long-term, the market will recuperate itself and so will your investment.

If you find yourself panic-stricken, review your readiness to assume the risk. You might discover yourself to be less stress resistant than you initially anticipated. This is not a negative thing! It is important to recognize the situation and adapt accordingly. Only invest money that you don’t need in the immediate- to medium-term.

Here are the three positive aspects of the financial crisis to keep in mind:

Driven by fears of a recession, the US central bank has grasped at radical solutions. They lowered the key interest rate by a full one percent, bringing it almost to zero, and announced a packet of measures in alignment with other banks. The European Commission has advocated for an emergency program worth millions to support establishments and citizens in the current crisis. This targets European debt, deficit and aid rules to be construed to their furthest extent in order for European states to decide on emergency relief. In addition, millions are to be directed to corporations to keep them solvent so they can continue to invest. 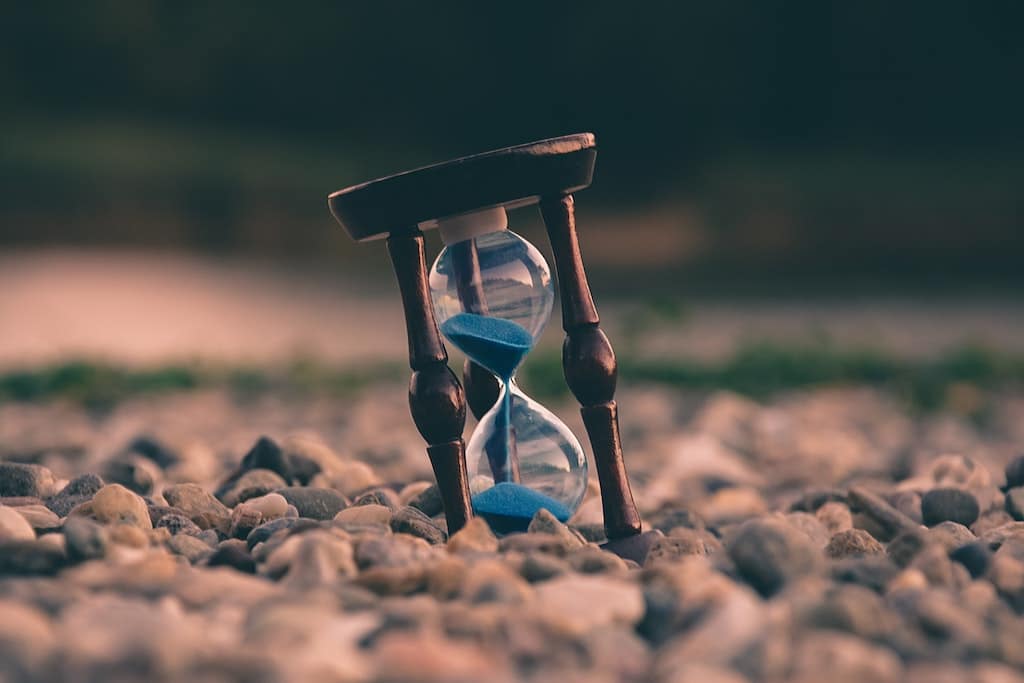 When it comes to investing, women are more patient and conservative, and think long-term. The old stock exchange wisdom is true: “Back and forth makes empty pockets”. Every purchase and sale incurs transaction costs. That’s why you should take your time and invest long-term.

The Deutsche Aktieninstitut has determined that on average, the Dax has generated an annual return of 7.7 percent over the past 50 years.

Don’t let the media drive you crazy, don’t be volatile and sell too quickly, and above all – don’t let yourself be tempted into emotional investment strategies.

It is completely normal and healthy (!) that the financial market fluctuates strongly from time to time. However, staying power pays off in the form of higher returns. 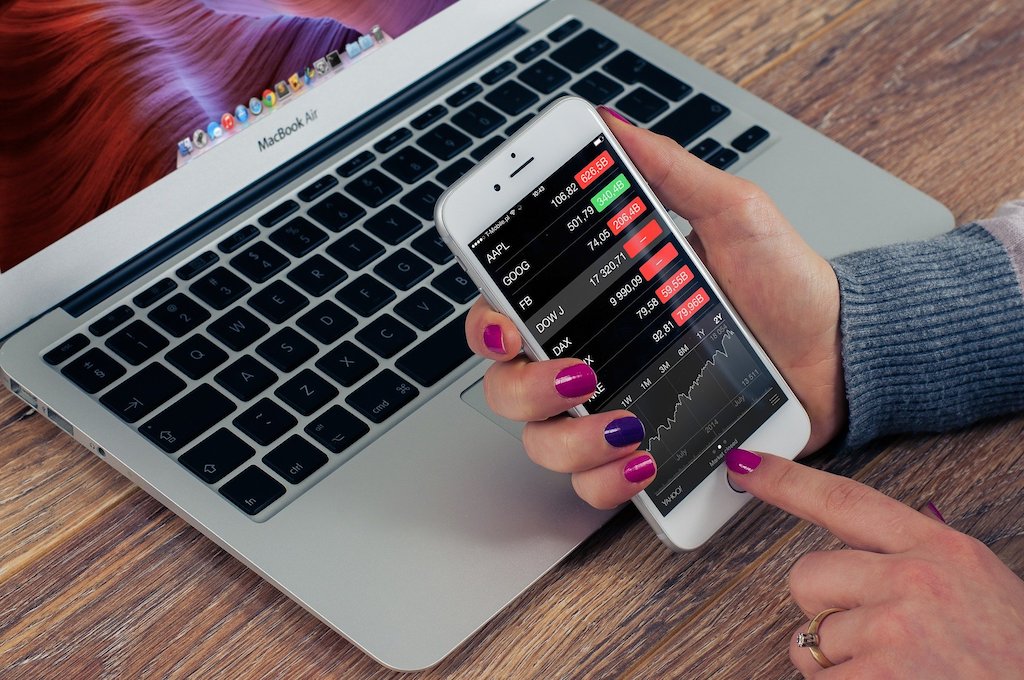 Many investors are currently in a panic: the stock gains they accumulated over the past few years have vanished within a few days. However, investors who are starting a savings plan with a long-term investment horizon have no reason to panic. Here are two potential outcomes of the current situation:

Example: Let’s assume a savings rate of €150 per month and an ETF price of €150. This means that an ETF share can be bought every month. If the price of the ETF falls by 33 percent to €100, you can buy almost one-and-a-half ETF shares, i.e. around 50 percent more.

The compound interest effect and long-term nature of the investment result in a dramatic leverage that pays off in significantly higher returns over the years. Contrary to how things may seem at first glance, declining prices are good for savings plans, so now is a good time to start one! Bear in mind that you need to have a long-term investment horizon.

2. Prices rise again: Should the prices recover in the next weeks and months, savings plan investors will benefit directly from rising prices. The long-term effect might be larger if the initial prices continued to fall for a time, but since the growth is now more than 50 percent, this is still an attractive return.

So you see: No matter how things pan out, if you have a long-term investment horizon, you’ll definitely see benefits from starting a new savings plan.

Inheritance law is particularly important for women. Women live longer than men, and the situation following the death of a spouse is often different if you’re a woman than if you’re a man. Here’s what you need to know.

How do women and men inherit in Germany?

If neither a will nor a contract of inheritance was drawn up, the surviving partner inherits a quarter of the estate according to the law of succession. In the case of married couples, the partner inherits half of the estate, and the other half goes to the deceased’s legitimate and illegitimate children. If the deceased has no children, the spouse inherits three quarters of the estate, with the rest distributed to parents and siblings of the deceased. An ex-partner does not inherit anything after a divorce, but remains entitled to inherit during the separation phase.

Important aspects of inheritance law for women in Germany

Inheritance law for women is particularly important because, statistically, women in Germany live longer than men and more often than not become primary heirs of their spouse. At the same time, approximately 70 percent of all wives survive their husbands and are are therefore more impacted by the issue of inheritance.

Under the law of succession, in the event of the death of a husband, the wife is entitled to the household which she has created with her husband. However, this so-called “advance” only applies if there are children, who are entitled to inherit the husband’s personal belongings as they are included in the estate.

If there are no children, only the household’s luxury goods belong to the estate under inheritance law.

In the event that a deceased husband leaves behind substantial debts in excess of the estate’s assets, under inheritance law women may refuse the inheritance. However, this must be done within a period of six weeks, otherwise inheritance is deemed to have been accepted by default. By accepting the inheritance, a wife is then also liable for the debts left behind by her husband.

A bank account registered solely in the wife’s name remains in hers after the husband’s death. In addition, a wife may continue to use joint accounts under inheritance law if she continues to hold valid power of attorney with the bank.

The husband’s registered accounts, however, belong to the estate and can therefore only be accessed by the wife if she has a certificate of inheritance for it.

In Germany, a married couple usually lives under the matrimonial property regime of the joint venture. Both spouses retain their personal property: that which they brought into the marriage and that which they acquired during the marriage. However, joint ownership arises through separate agreements, such as a joint property where both spouses are entered in the land register. According to inheritance law, a share in the partner’s assets only arises for women through the equalisation of gains.

However, according to § 1371 BGB of inheritance law for women, a wife has an option to, in certain financial circumstances, refuse an inheritance and claim only a small compulsory portion. In addition, inheritance law can also demand women to receive a precisely calculated equalisation of gains.

“The Berlin Will” (Berliner Testament): advantages and disadvantages

A Berlin Will is considered a special form of the spouse’s will. It assigns spouses as sole heirs who can jointly decide on the final heirs. For this reason, any children will receive nothing upon the death of the first parent. (A compulsory portion penalty clause prevents them from claiming it.)

Normally, the Berlin Will has a high binding effect, so it can only be changed jointly.

A Berlin Will is rendered ineffective through divorce. In special cases, however, it can retain its validity.

In general, a Berlin Will has the advantage of mutual financial support for the spouses. However, for the final heirs, especially in the case of large assets, this can also bring tax disadvantages.

At our recent event, Mind the Gap volunteer and HR insider Orsolya Imre revealed some fascinating insights into salary negotiations from the business side of the desk. Here’s her slideshow for those who missed it.

Shopping Basket
We use cookies to ensure that we give you the best experience on our website. If you continue to use this site we will assume that you are happy with it.OkPrivacy policy